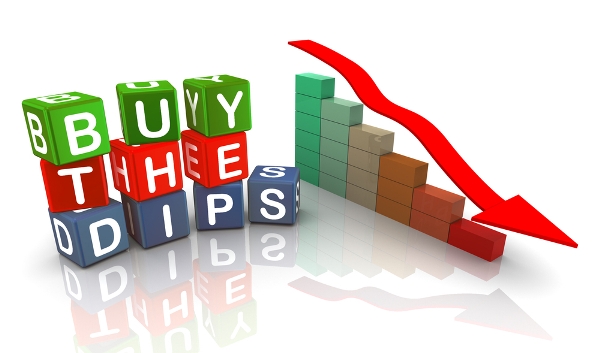 After the Dow closed higher for seven days in a row a pullback not surprising. The declining volume also suggested the rally was losing upside momentum. The market's corrections hit the Dow Transports the hardest as it was down 2.22% while the Russell 2000 fell 1.42%. The S&P 500 was down just 0.68% as it was a bit weaker than the Dow's 0.29% loss.

The market internals were more than 2-1 negative which has caused the sharply rising A/D lines to turn lower. After the close earnings from JP Morgan Chase (JPM) were weaker than expected and though Intel (INTC) beat expectations their profits were down. Unexpected weakness in China's consumer inflation data overnight pushed the Asian markets lower and Euro zone markets are also down slightly.

The S&P futures are flat in early trading as many are suspicious of the recent rally and wonder whether it has just set the stage for another sharp market decline. The positive signs from the NYSE A/D line after the October 2nd reversal did favor a rally last week (A Market Turn This Week Will Surprise Many) and they also suggested that the market had made an important turn.

Therefore I think a further market correction will be a buying opportunity and the charts can help you target a entry level where the risk/reward ratio is favorable.

- The rally barely surpassed the September 17th high but has fallen well below the daily downtrend in the $205 area, line a.

- The SPY did close last week above the quarterly pivot at $195.06 which is an important level to watch on Friday's close.

- It is still well above its rising WMA which could be tested during a correction.

- The on-balance volume (OBV) is still acting weaker than the A/D line as it has just tested its resistance at line c.

The Powershares QQQ Trust (QQQ) has continued to outperform the SPY YTD as it is up 3.49% while the SPY is down 1.14%. This is despite the continued weakness in the biotech sector.

- The QQQ formed a doji on Monday and then came close to its downtrend on Tuesday, line d, before turning lower.

- The Nasdaq 100 A/D line formed a negative divergence at the May highs, line a.

- The A/D line broke slightly above this resistance on Monday and could correct back to its WMA.

- The daily OBV on the QQQ has just slightly overcome its downtrend, line f.

What to do? The street's outlook for the earnings season is pretty dismal but I would not be surprised to see a better earnings season than most currently expect. Nevertheless the individual stock earning's risk is high and therefore favor ETFs on a pullback.

In particular I will be watching market leaders SPDR S&P oil & Gas (XOP), Sector Select Materials (XLB) and Sector Select Industrials (XLI) . The 20 day EMAs should be tested on a pullback but would expect the 50% support levels to hold. For my intra-day market outlook follow me on Twitter

1 thought on “Should You Be Buying The Dip?”