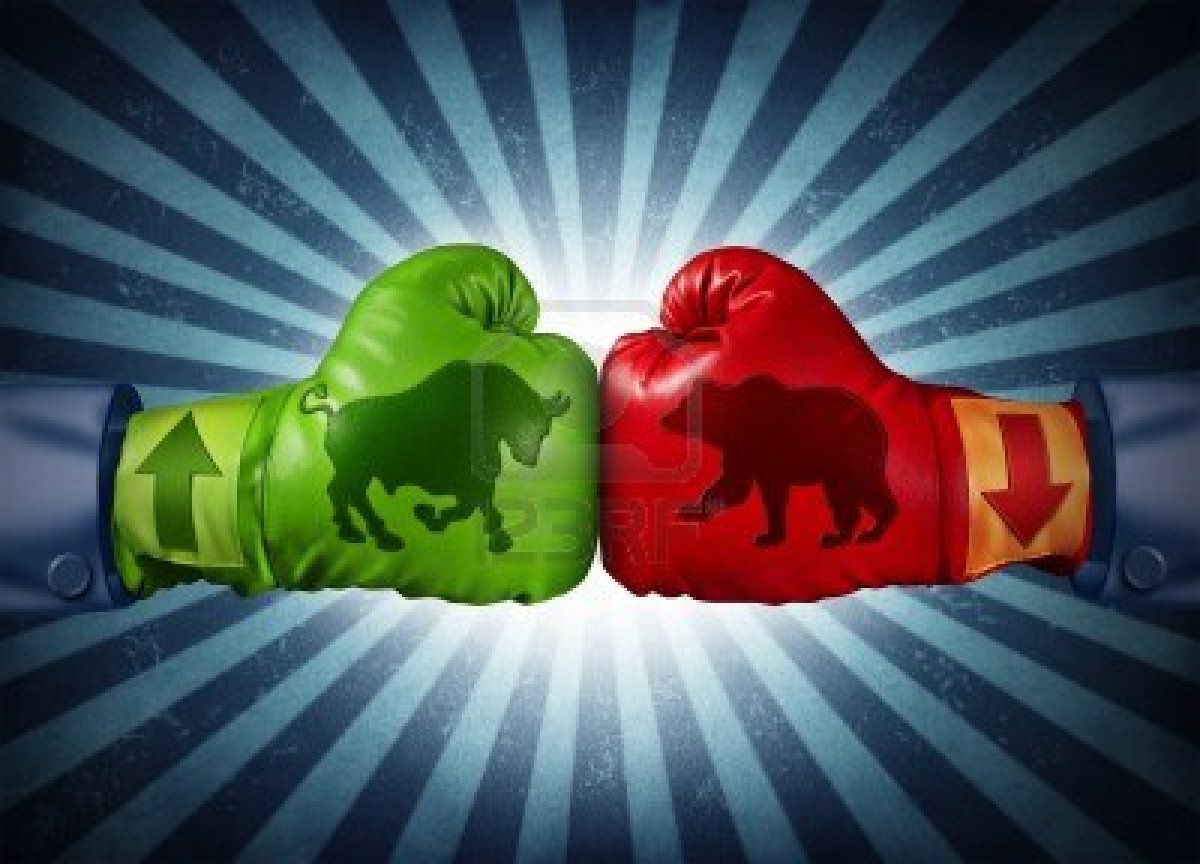 For the past week the major averages have remained in their trading ranges yet the overnight action in Apple, Inc. (AAPL) suggests that the Nasdaq 100 tracking Powershares QQQ Trust (QQQ) may finally be ready to catch up with the major averages.

The Nasdaq 100 Advance/Decline line closed at another new high Tuesday as it has been above its WMA since June 29th. The evidence continues to favor another push to the upside as the Spyder Trust (SPY) is likely to reach the $218.50-$220 area.

In my view the low volume is offset in part by the fact that the A/D lines are acting stronger than prices indicating the rally is still broadly based. Last weekend (Breakout or Fakeout) I reviewed what has happened in the past when the A/D lines have staged longer-term breakouts. I would expect to see more deterioration in the market internals before there is a deeper correction.

Many are aware that I use a combination of relative performance and volume analysis to identify stocks and ETFs that I am interested in buying or selling. Some may be surprised to learn that I often spend more time on determining my entry level and stop than I do on finding the best trading or investing candidates from my scan results.

This focus is based on my observation over the years of reviewing client portfolios that 1 or 2 big losers can offset otherwise positive portfolio gains. These large losers are often the result of buying too high and/or using too wide a stop.

Sometimes a good entry can also lead to very big winners when lightning strikes. Last Monday July 18th one of my recommendations to Viper Hot Stocks subscribers was Linear Technology (LLTC). As I noted before the open 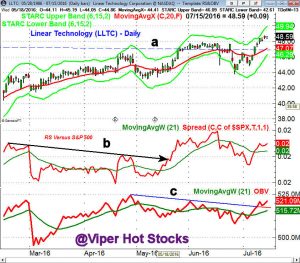 Linear Technology (LLTC) had closed the previous Friday at $48.59 which was well above the 20 day EMA at $47.21. The daily relative performance analysis had completed its bottom in May as the downtrend, line b, was broken. This signaled that it was a market leader. The daily on-balance-volume (OBV) had surged to the upside in early July which favored buying a pullback as the weekly OBV analysis was strongly positive.

After the close on Tuesday July 26th Linear Technology (LLTC) reported strong earnings and its was also announced that it would be acquired by Analog Devices (ADI) for $60 per share.

Of course the reality of fine-tuning the entry levels is that sometimes your entry level is missed by a few tick which can leave you on the sidelines. Also you can get sometimes get lucky as you buy point turns out to be very near a correction low. 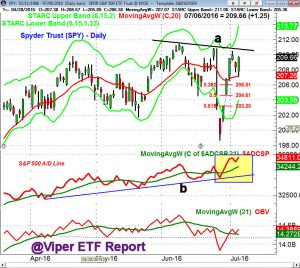 In the July 7th Viper ETF Report I presented the chart above of the Spyder Trust (SPY) and noted that it had "dropped just slightly below the 20 day EMA before closing strong. The pullback has held well above the 38.2% support at $206 and the 50% support at $204.61. The S&P 500 A/D line was very strong on the pullback and is showing good strength as its WMA is rising more clearly.

For many investors just looking at the previous week's price range can be effectively used to determine entry levels. These two examples from a recent Viper Trading lesson I hope will explain how I use the weekly data. 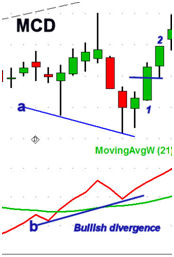 In the first example, the strong close at (point 1) put McDonalds Corp (MCD) on my buy list. The weekly OBV had formed higher highs (line b) while prices had made lower lows, line a. The bullish divergence in the OBV was a sign that MCD was bottoming.

The second example is of Public Storage (PSA) which had corrected over a four-week period. At point 1 PSA closed at $205.51 which was above the previous two week highs. The OBV that week reversed back above its WMA which was a bullish buy signal. 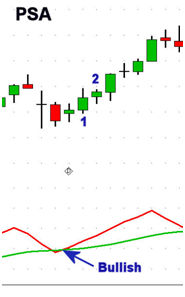 I hope these examples will help you focus more effort and energy on your entry level. The full trading lesson "Finding The Best Entry Levels" is sent out to all new subscribers.