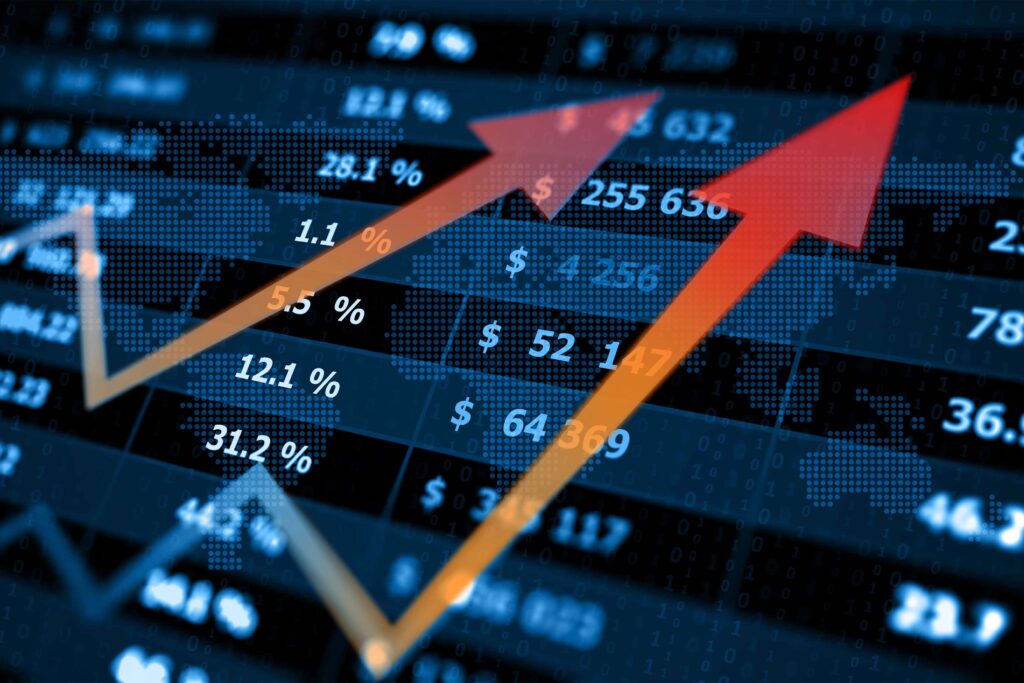 Even though traders only had four days last week they made the most of it as the S&P 500 rose above 4,000 for the first time. The prior week’s margin call selling by hedge fund Archegos Capital had very little impact on the overall market last week, even though the move caused large losses by some banks. There are also concerns that it may not be an isolated event. In fact, Treasury Secretary Janet Yellen announced plans last week to restart a working group at the Financial Stability Oversight Council to better identify future hedge fund risks.

Based on the weekly technical studies, XLC looks the most positive as the yearly R1 pivot resistance is just slightly above the recent high at $77.22. The yearly pivot levels are often quite interesting. Even during the March 2020 drop, XLC held above the yearly S1 support (point c). Once above the R1 level, the R2 at $87.08 is not an unreasonable upside target this year.

XLC's relative performance (RS) against the S&P 500 broke out above resistance (line a) in January 2021, but pulled back to the breakout level in March. Since then, XLC's RS has resumed its climb. The On Balance Volume (OBV) for XLC also shows bullish action after breaking through its resistance (line b) in in early March.

The advance/decline data has become a bit more mixed over the past few weeks. For the NYSE the ratios were very positive last week, with 2212 issues advancing and 1172 declining. Thursday’s NYSE data was particularly strong with advancers leading decliners by over a 4-1 margin.

The weekly S&P 500 Advance/Decline line has made another new high and is leading prices higher. The NYSE All A/D line along with the Dow Industrial A/D line have also made new highs. So far the Nasdaq 100 NDAQ 0.0%, Russell 2000 and NYSE Stocks Only A/D line have not made new highs  since early March. The S&P 500 A/D line has been above its weighted moving average (WMA) since May 22, 2020 (line c), and is currently well above its uptrend (line b).

The majority of economic data last week was positive, including Friday’s much larger-than-expected increase in jobs. The consensus was looking for 675,000 new jobs, and 916,000 were reported. This was considerably greater than last Wednesday’s National Employment Report from ADP of 517,000 new jobs. The data on manufacturing from the Chicago PMI and ISM Manufacturing Index were also much better than expected.

In my opinion, the most encouraging report was the Conference Board’s Consumer Confidence Index which came in at 109.7. That was a gain of 19.3 from February’s final reading of 90.4. Economists were looking for a reading of 96.8. This was the highest reading in over a year, as the above chart from AdvisorsPerspectives.com indicates.

The Conference Board’s Lynn Franco commented that “Consumers’ renewed optimism boosted their purchasing intentions for homes, autos and several big-ticket items”. In a consumer driven economy, this is a positive for stocks.

This week's calendar of reports includes the ISM Services Index and Markit INFO +0.4% US Manufacturing PMI, as well as the release of the FOMC minutes. These reports are likely to be important for the bond market as the yield on the 10-Year T-Note had a high last week of 1.765%. Many thought at the end of 2020 that the yields would not go above 1.20% or 1.50%. Now a yield of 2.00% (line a) is looking more likely. The weekly Moving Average Convergence-Divergence (MACD) lines and MACD-His are positive and still favor higher yields.

Even though some of my risk measures, like the percentage of stocks above their 10, 20 and 50 day moving averages, indicate an elevated level of risk, the charts indicate that the correction is over for now. For some sectors and stocks, this looks to be the best buying opportunity since last November.

Tom Aspray 3 months ago
How Low Will We See Tech Go? 5 min read