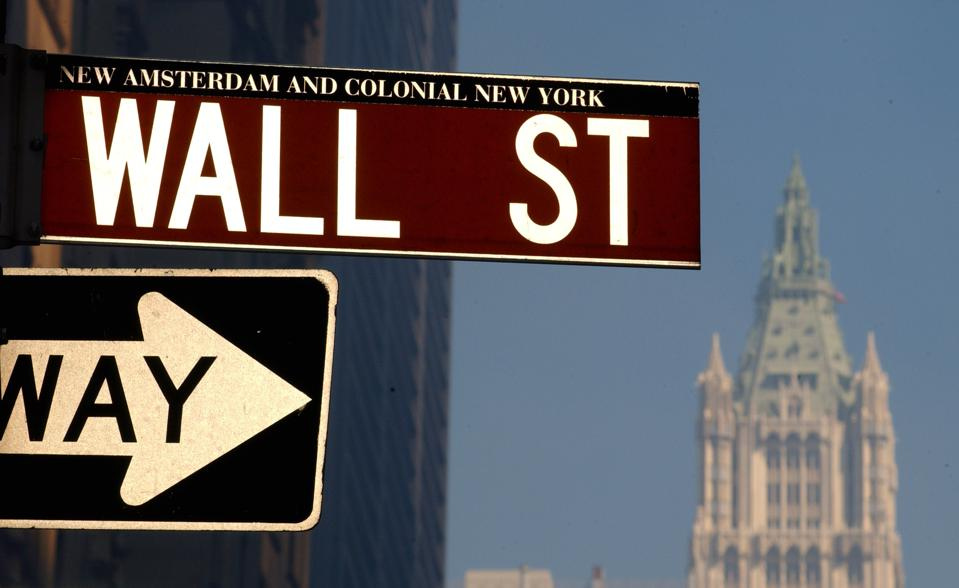 October 24, 2021 : The stock market survived another week of earnings though most of the averages closed lower on Friday. Comments from Fed Chair Powell on Friday indicated that elevated inflation is “likely to last longer than previously expected”. It was the third week in a row of solid gains for both the S&P 500 and Dow Jones Industrials which set both intra-day and closing record highs. This action confirmed last week’s view that the correction was over.

The increased focus on supply chain issues helped boost the Dow Jones Transportation Average to a 3.8% gain for the week. The Transports were led by trucking and railroad stocks that were up 5.9% and 4.6% respectively.

The Dow Jones Utility Average was strong showing an increase of 2.6% followed by a 1.6% gain in the S&P 500. The SPDR Gold Shares also finished the week higher, up 1.5% and just barely outperforming the Nasdaq 100﻿NDAQ﻿.

The positive close for all the markets in the weekly market summary above was consistent with the latest results of the American Association of Individual Investors (AAII) survey as the bullish % rose to 47.9% from the prior week’s reading of 37.9%. As noted previously, it had dropped to 22.4% on September 15th, which is a level often associated with correction lows, line c. The sharp reading last week reversed the downtrend in sentiment, line b.

The weekly chart of the S&P 500 reveals the impressive rally from the low three weeks ago at 4278. This corresponded nicely with the yearly R1 pivot level and the weekly starc band analysis. The R2 is at 4804 and the yearly pivot analysis was discussed earlier this year.

The weekly S&P 500 Advance/Decline Line made a new high last week which confirmed the price action. The A/D line analysis stayed positive during the market’s pullback as it held well above its rising EMA and the much stronger support at line a.

There were no major surprises from the economic data last week as key reports like the Leading Economic Indicators and Philadelphia Fed Manufacturing Index were slightly lower than expected but were still clearly positive.

So, what could make investors question their new bullishness?

There was one major surprise from the tech sector last week as Snap, Inc.﻿SNAP﻿ (SNAP) predicted a weaker sales outlook based on the new privacy changes from Apple’s iOS software as well as supply chain challenges. Even though sales rose 57%, SNAP missed analyst estimates and the stock was down 28.7% for the week on the highest volume of the year.

On a short-term basis the stock market is extended on the upside and the main concern for the week ahead is likely to be the upcoming earnings reports for some of the FANG stocks as their charts on several look vulnerable.

Facebook, Inc﻿FB﻿. (FB) reports after the close on Monday, October 25th. The stock had dropped 3.7% the week ending September 13th (see arrow) which was a sign of weakness as the volume on the prior four-week rally had been low (line b). FB has continued to decline over the past five weeks on higher volume. The weekly starc- band was tested over the past few weeks but the rebound last week failed at the declining 20 week EMA which stands at $342.44. The next chart support, line a, is at $294.

The RS peaked in 2020 and has been forming lower highs since then, line d. It was in a clear downtrend when the stock surged in July and is below its declining WMA. The OBV also has been forming a negative divergence, line e since it peaked in August 2020. It failed to move above its WMA on the three-week rally and may break support at line f which would be a sign of heavier selling. Both indicators should have cautioned you about buying the July breakout.

The outlook for FB and AMZN does not bode well for the First Trust Dow Jones Internet ETF (FDN)﻿FDN﻿ as AMZN is a 9.7% holding and there is 7.5% in FB. The charts of the Alphabet stocks do not look as weak as the other two stocks, but they make up 9.4% of FDN. GOOGL is scheduled to report on Tuesday, October 26th.

FDN also made its high early in the week and then closed lower, forming a doji. The monthly pivot is at $241.23 with the three-week low at $229.44. There is additional chart support at $219.80, line a. The volume has been declining for most of the year, line b, so an increase in volume on a further decline would be negative. Resistance stands in the $249-$252 area.

The weekly RS dropped below support, line c, early in the month and is below its declining WMA. The OBV also looks weak as its support, line d was broken in early September and is in a short-term downtrend.

By mid-week we should have a clear idea of where these big tech stocks are heading. There was already a high probability of a pullback as the Spyder Trust (SPY)﻿SPY﻿ gained 5% in seven trading days and is over 2% above its 20 day EMA. I think it will be another excellent buying opportunity for non-tech ETFs and stocks. Be sure to pay special attention to the risk on any new positions and try to avoid buying too far above their 20 day EMA.